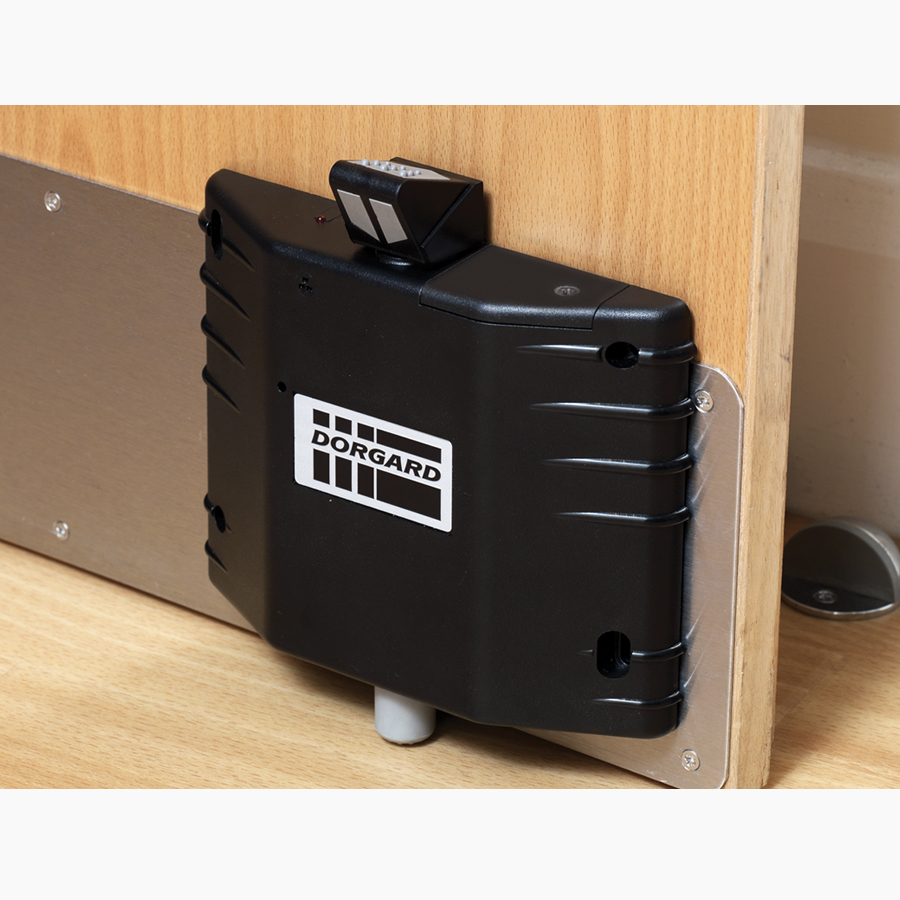 Aspex supply Next with dorgard devices due to coronavirus

We have recently supplied hold-open devices to Next for their HQ and stores that keep fire doors open which helps to reduce the transmittal of germs. The units are battery powered and release to allow the door to close when the fire alarm is activated.   We are delighted to be able to provide a […] 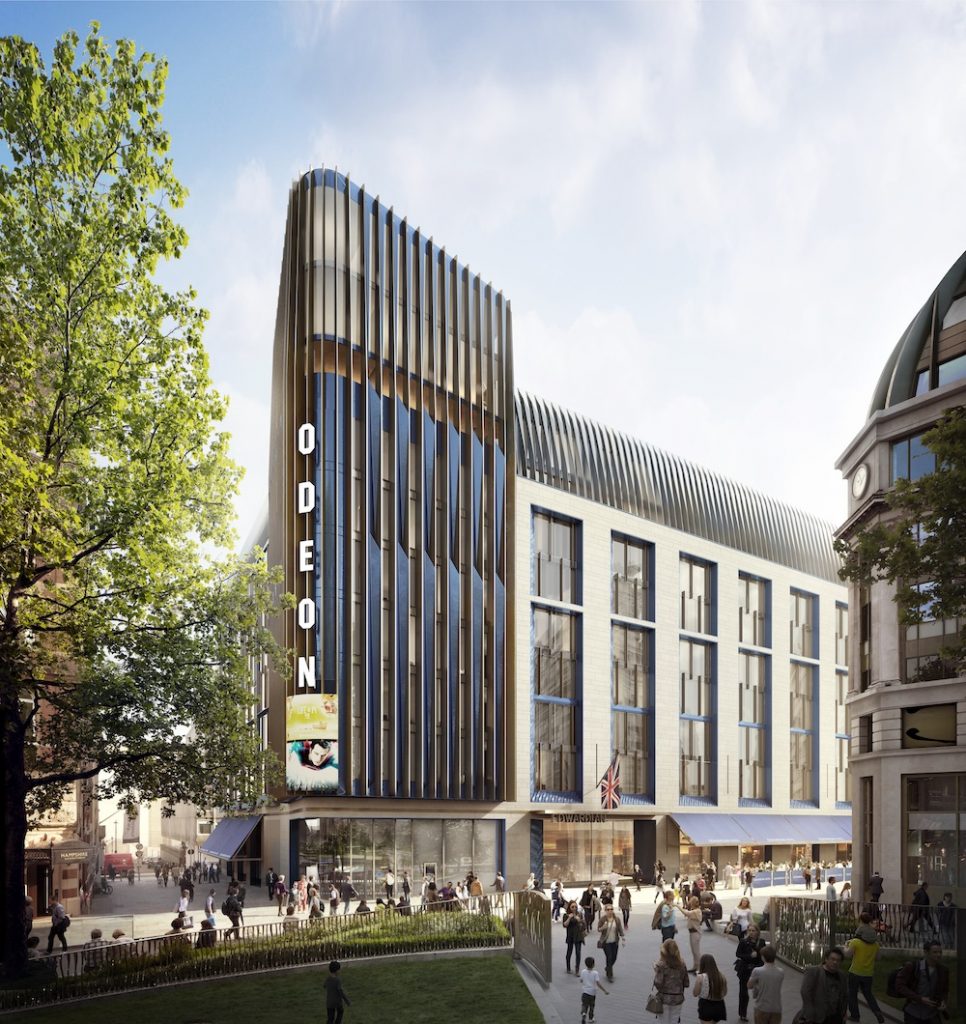 Aspex has strengthened its presence in the hotel industry, after supplying its Novista Riser Doorsets to a new five-star hotel in Leicester Square. Part of Edwardian Hotels London, The Londoner Hotel will open in 2020. Built on the site of the former Odeon Cinema West End, the 350-bedroom hotel will feature eight storeys above ground […] 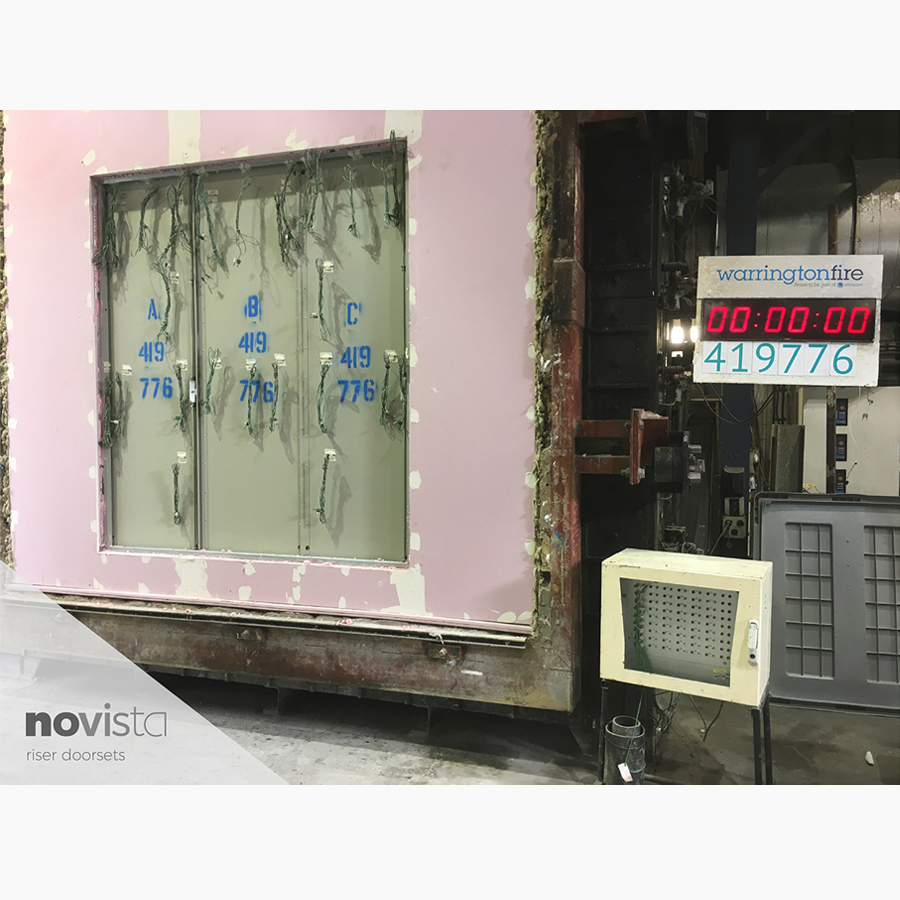 Aspex NOVISTA are pleased to announce the successful completion of a second direction fire test on our steel riser doors! The test was requested by one of the largest northern metropolitan councils’ own Building Control Department. Even though the Ministry of Housing, Communities & Local Government advice note 17 states that multi-direction tests on fire doors only currently applies […] 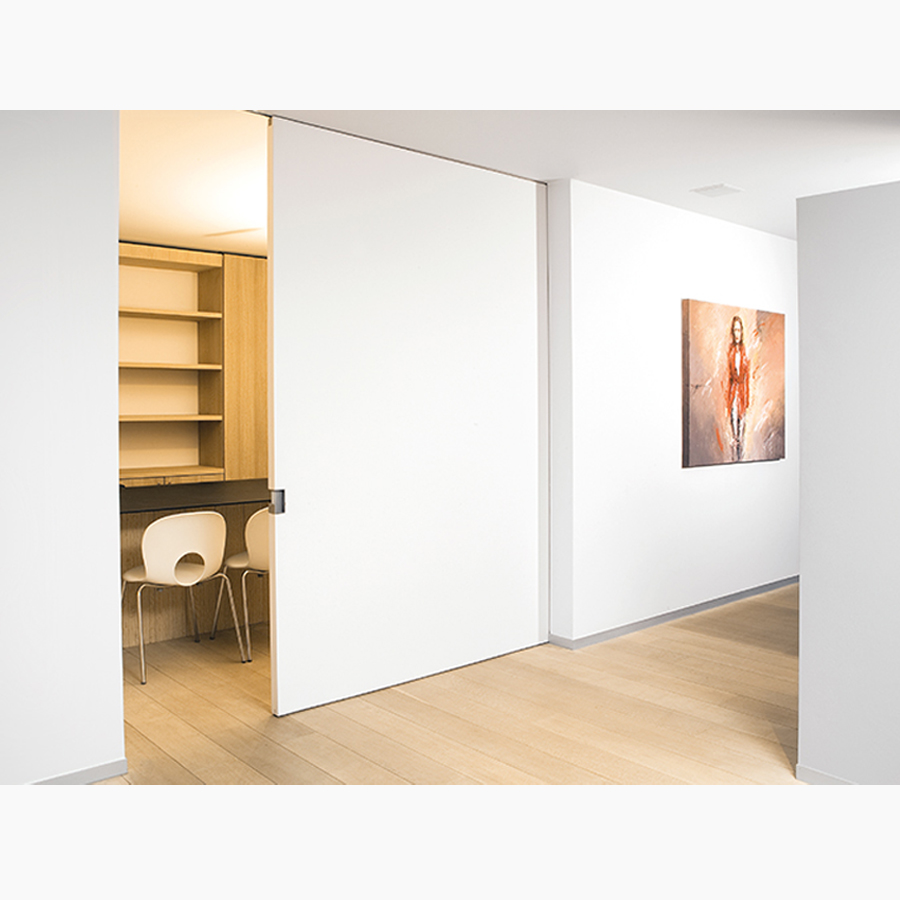 Aspex has expanded its Novista range with a new sliding doors system.   The Novista Pocket Sliding Doors system opens into the wall cavity to save space, whilst the soft closing mechanism and nylon rollers ensure that the doors close safely and silently.   Providing a completely hidden frame and a minimalistic finish with no […] 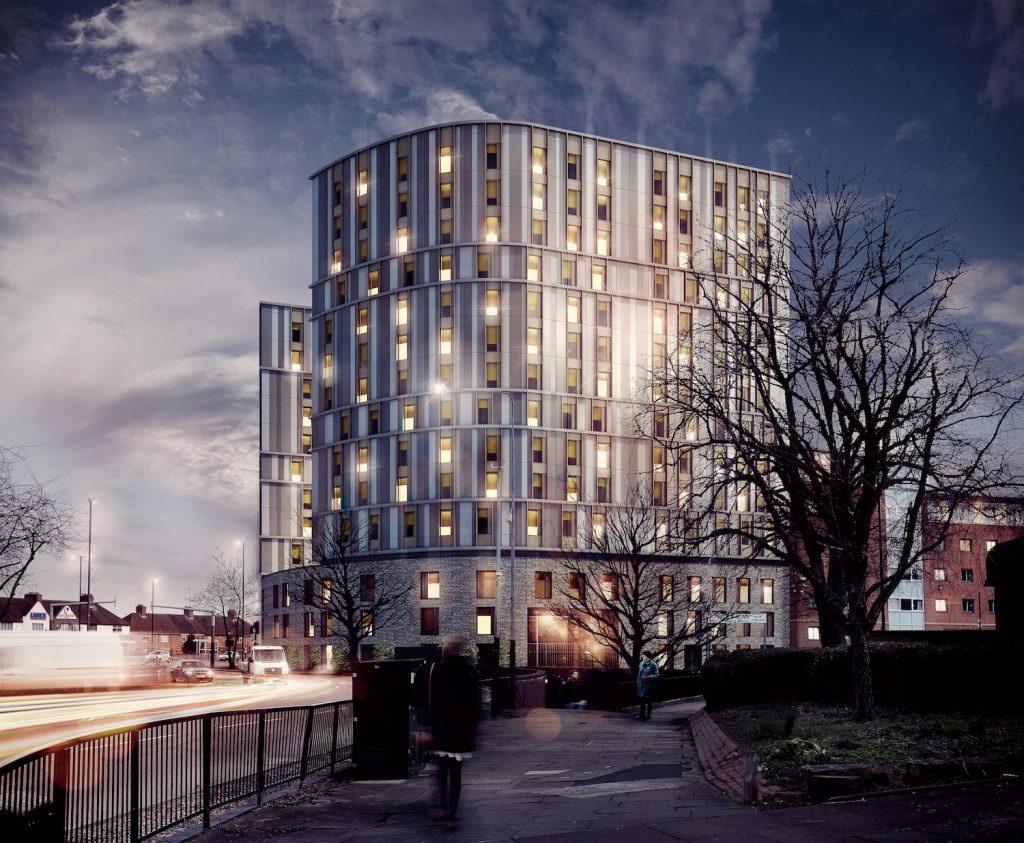 Aspex has secured a contract to supply a bespoke range of doorsets to the 900 bed Paradise Street student accommodation scheme in Coventry.   Working alongside FBM Architects, Aspex has created a custom-built version of its Novista Riser Steel Doorsets. The system features a bottom and over panel to create a full-height door with […] 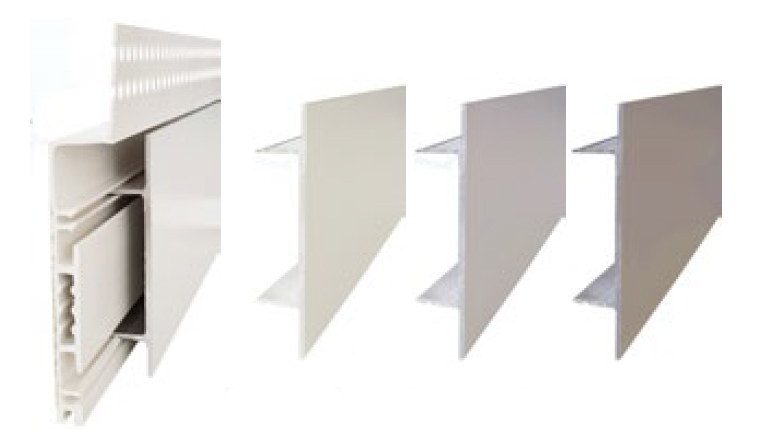 Aspex has secured a contract to supply its trio of doorsets to a residential development in Shoreditch, London.   Aspex has supplied its Novista system to The Makers apartment development on Nile Street, which comprises of 175 apartments over 28 storeys, with private roof gardens, lounges for ad-hoc meetings, and a co-located college.   Working […] 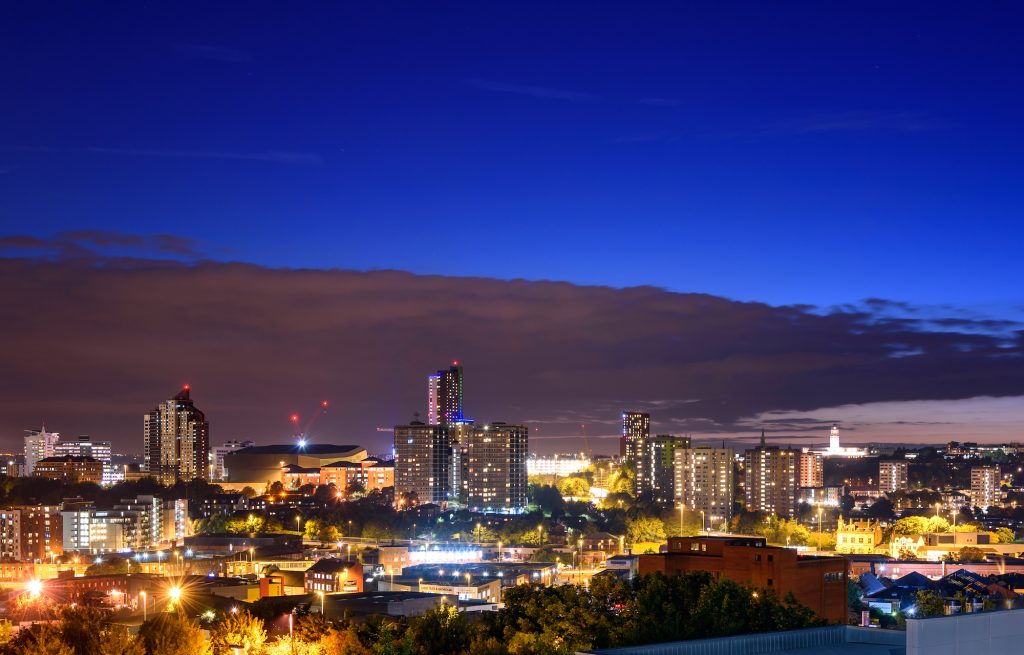 Aspex has secured two major projects in Leeds city centre. Aspex will be supplying a total of 800 of its Novista Riser Doorsets to St Albans, an 18-storey student accommodation, and Wellington Place, a new 22-acre urban quarter which will include mixed-use buildings of offices, residential, retail and leisure. The projects both required a contemporary […] 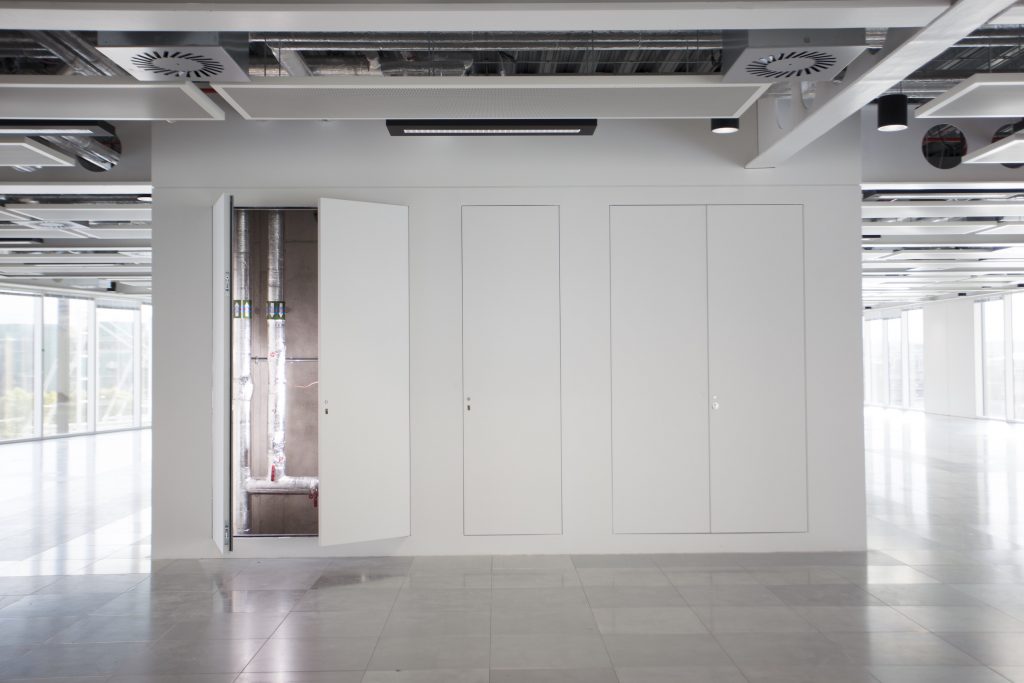 Aspex has recently secured a contract to supply its Novista system to 50/60 Station Road in Cambridge City Centre. Aspex will be supplying its Novista Riser Steel System and Novista Timber Doorsets in a walnut veneer finish to the scheme, which will include a new state-of-the-art office accommodation, just 150m from the train station and […] 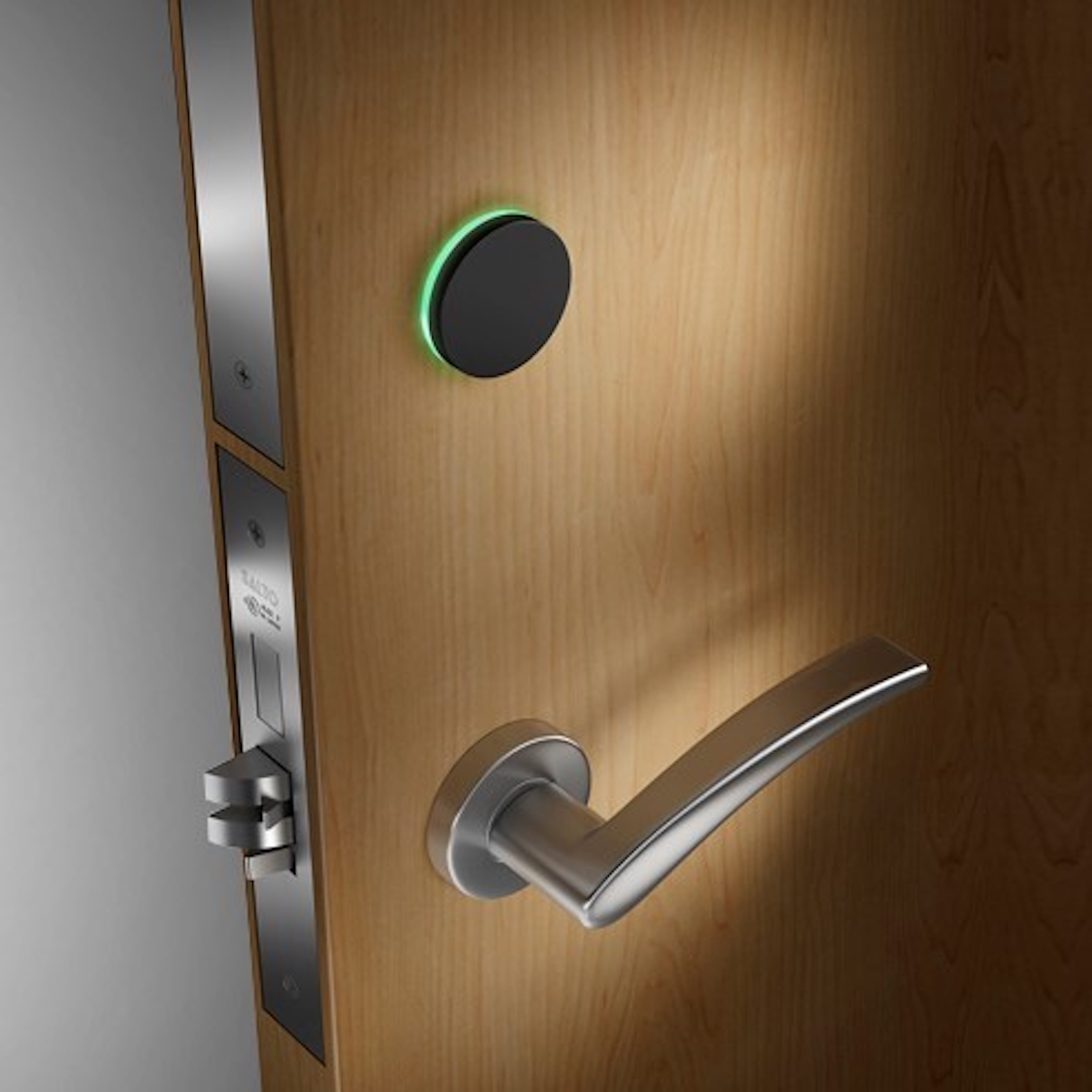 Investing in modern technology comes with a price, yet in the long run, it can save time for businesses and protect individuals.   As the use of electronic lock systems is continuing to grow, especially in the private rental sector, Aspex shares five reasons why more businesses should be shifting away from traditional keys and […] 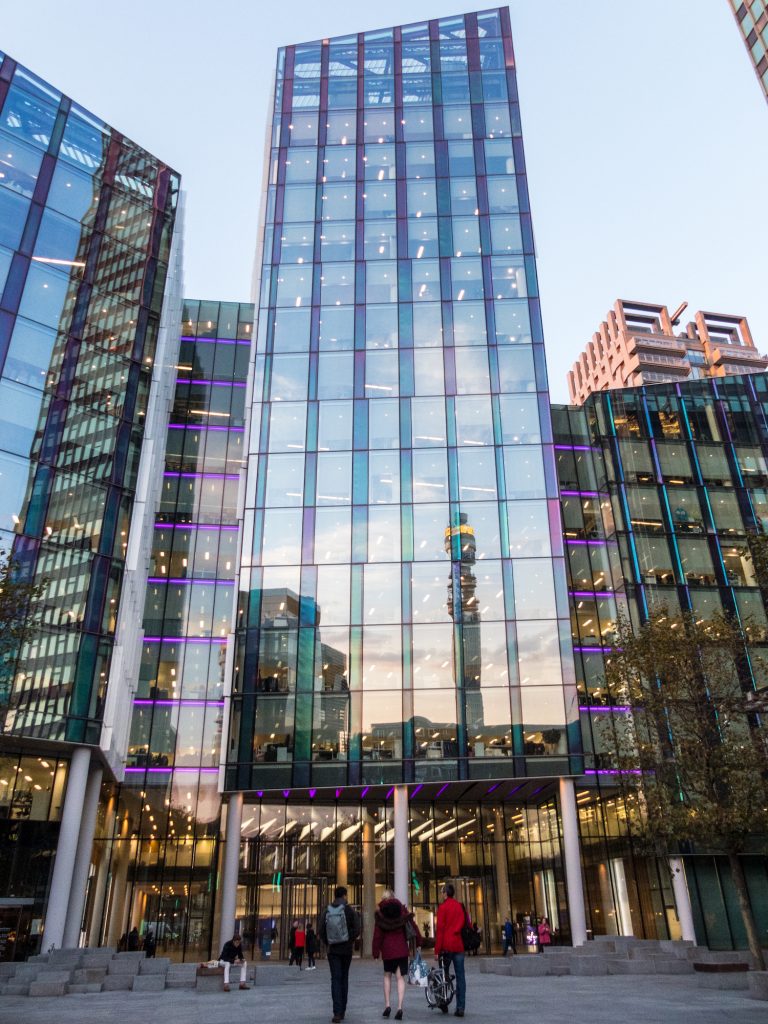 Aspex is celebrating a rewarding return on its investment, after securing a number of major contracts to supply its Novista Riser system.   Over the last six months, Aspex has had a large increase in its orders and has tripled its sales of the Novista Riser doorsets since last year.   Originally developed in […] 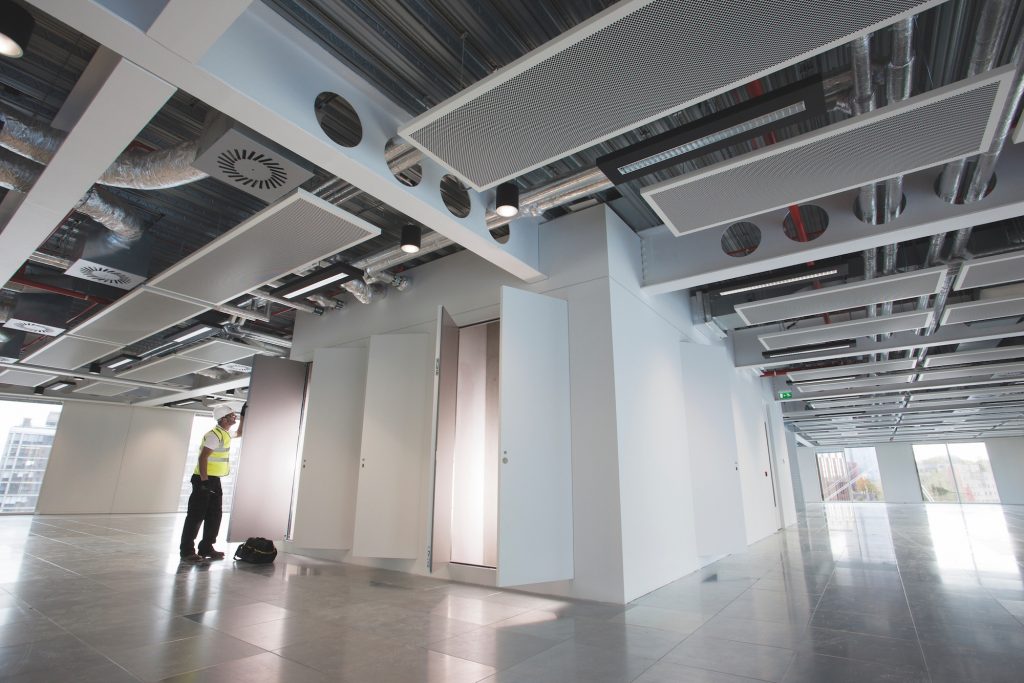 Sky’s the limit for Aspex doorsets

Aspex has recently secured a contract to supply its doorsets to The Atlas, a dynamic living development across London’s prominent skyline.   Aspex will be supplying more than 250 of its Novista Riser Steel doorsets to the iconic 38-storey residential tower in Shoreditch, which consists of 302 apartments, a business centre, a gym, a spa […] 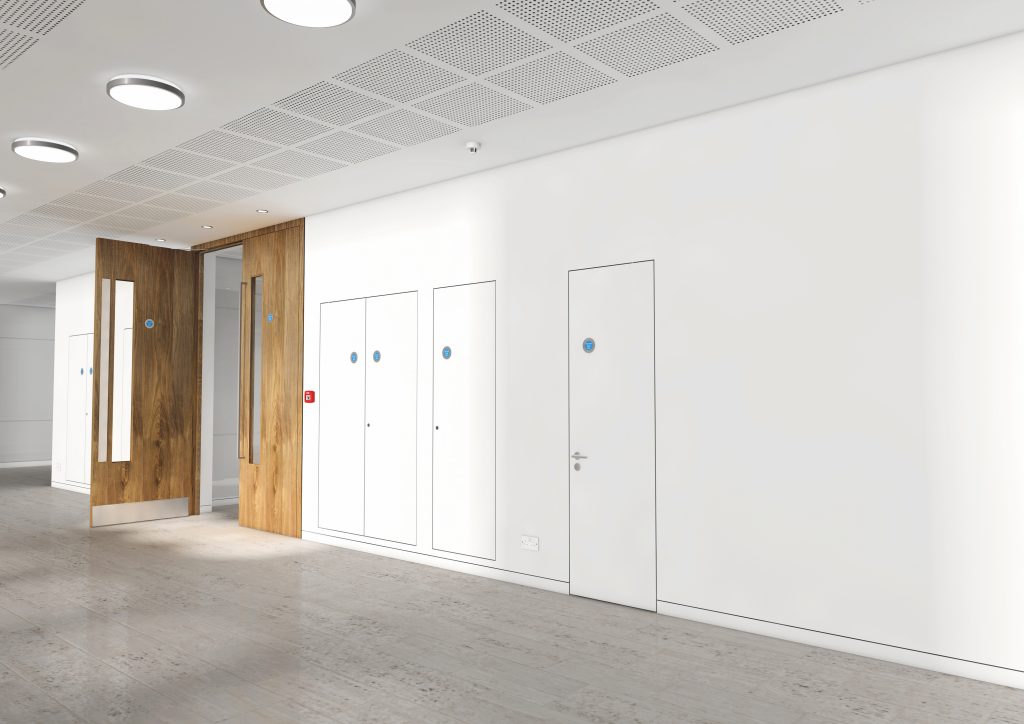 Aspex is pleased to announce it has won a contract to supply its doorsets to Chelsea Barracks, a luxurious residential development in Westminster.   Aspex will be supplying Novista Riser Timber Doorsets to the £3 billion development, which will include a range of townhouses and penthouses.   The Novista Riser, with a timber door leaf, […] 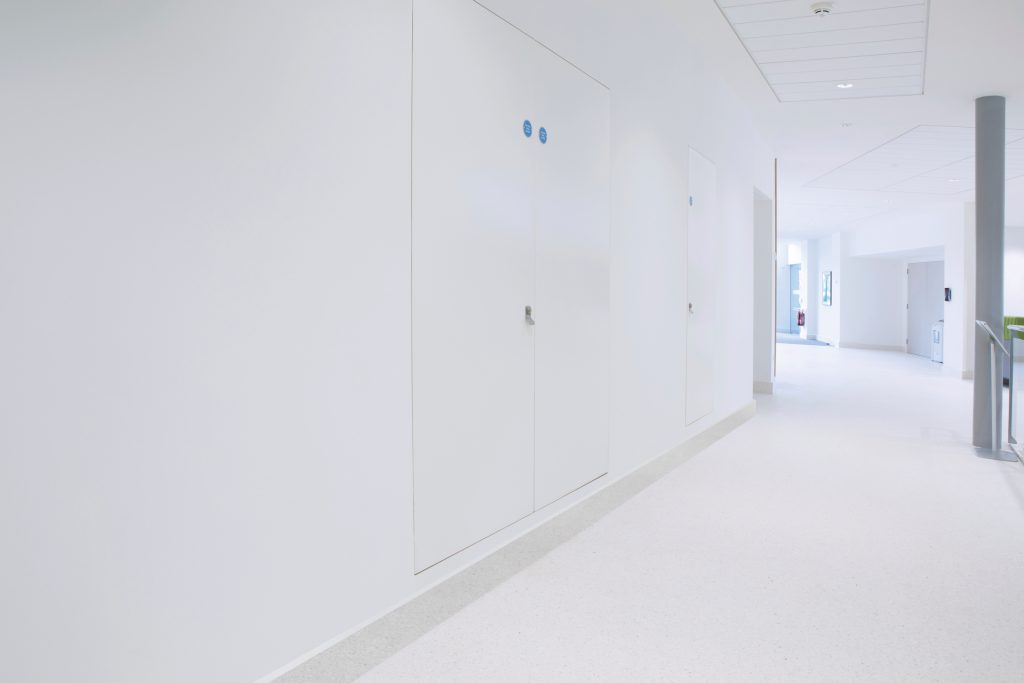 Investing in the right riser doorsets

Doorsets are one of the final elements to be installed in a new building and they have a major impact on the overall internal aesthetic. Ashley Burberry, managing director at Aspex, shares his top tips when investing in doorsets for risers.    Fire safety A worrying amount of fire doors are poorly maintained and incorrectly […]

Aspex is pleased to announce it has secured two major contracts to supply doorsets to two of the largest high-tech companies in the world. Aspex has supplied more than 160 doorsets to one of the biggest social media networking platforms, Facebook, and British microchip giant, ARM Holdings. The Novista Riser Steel doorsets have been fitted […] 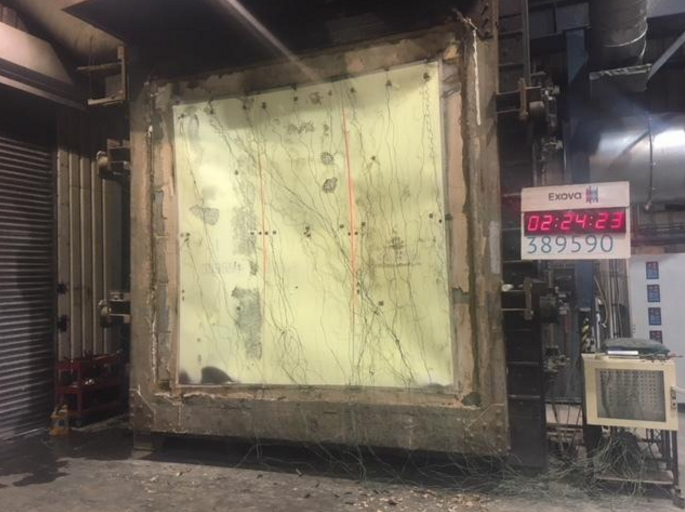 Aspex is delighted to announce it has successfully fire tested the Novista Riser Steel doorset with multiple door leafs mounted in a single frame. The doorsets were tested to BS EN1634-1: 2014 and BS EN1363: 2012 for two hours by Exova, the UKAS accredited testing company in High Wycombe. Passing the two-hour fire test means […] 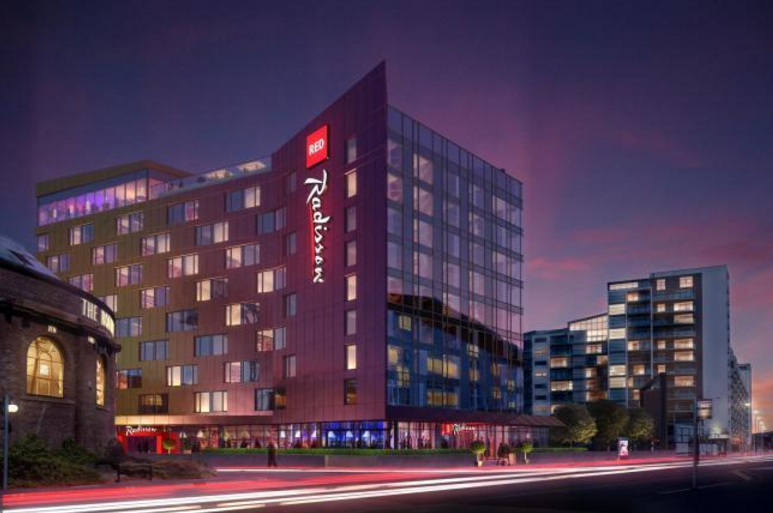 Aspex is proud to have recently secured two major contracts to supply more than 500 doorsets. Aspex will be supplying 400 Novista Steel Riser doorsets to The Gates Shopping Centre in Durham, which is currently undergoing a £30 million revamp. Aspex also been contracted to supply the doorsets and ironmongery to the new £30 million […] 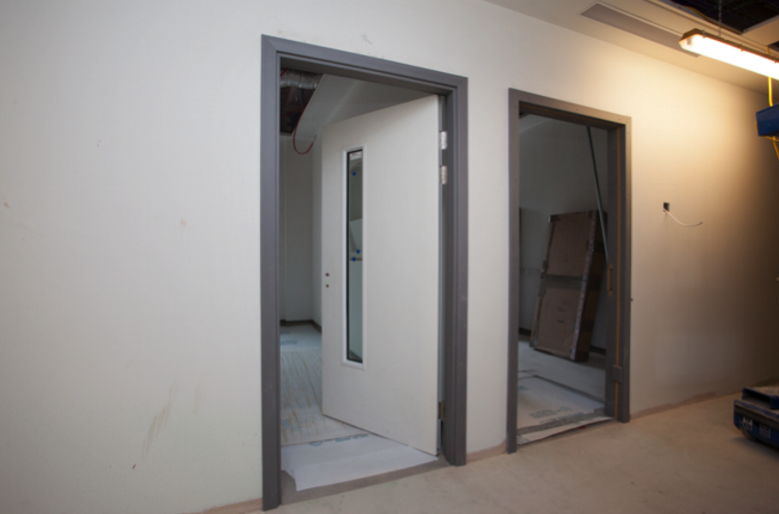 Aspex has secured an order from Interserve to supply in excess of 1,000 doorsets at the £300 million Defence and National Rehabilitation Centre (DNRC). The purpose-built centre will provide a home for wounded soldiers, and will care for the injured for the next 50 years. Aspex is hugely honoured to be a part of such […] 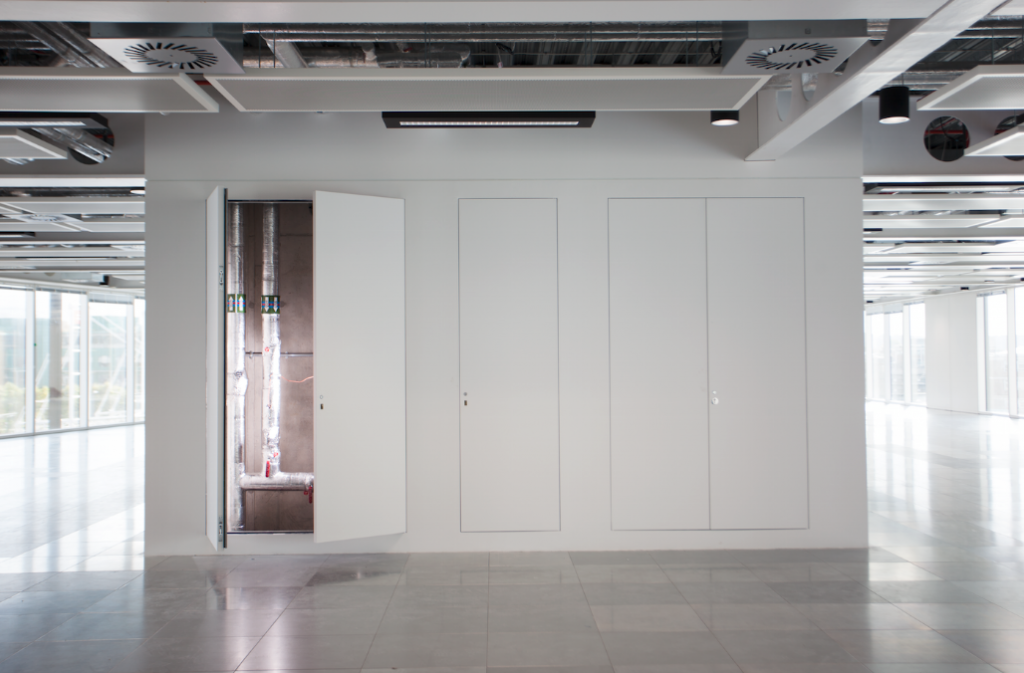 We’re delighted to announce we’ve strengthened our Novista range with the addition of an innovative steel door system, the Novista Steel Riser. The Novista doorset system was originally developed in 2015 to meet the demands of architects looking for a minimalist aesthetic. Our Novista Steel Riser doors, which was launched in June 2017, have now […]

Since joining the team at the beginning of January, Simon Broadley has made nothing short of a very impressive start at Aspex. So much so that we thought we would catch up with him to learn more about one of our newest recruits, and to see how he has adapted to life since his […] 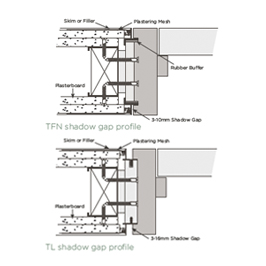 We know that architraves can be the bane of an architect’s designs, often ruining the effect of minimalism and smoothness around door frames. However, our shadow gap profiles are the perfect solution, as they eliminate the requirement for architraves, allowing for a slicker, more contemporary […] 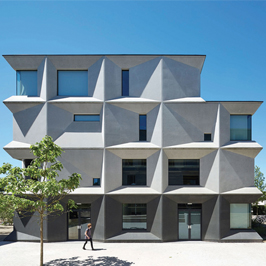 The RIBA Stirling prize is one of the most prestigious awards in an architect’s calendar, running every year since 1996. Named after one of Britain’s finest architects, the late James Stirling, this award is presented to the architects of the building that has made the largest contribution to the enhancement of architecture in the UK […] 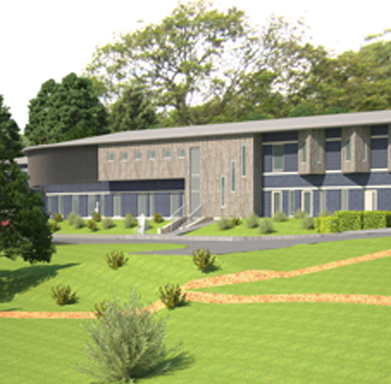 Aspex UK supported the build of a new centre for young people with mental health problems in Dundee. The centre, designed by GWP Architects Dundee, will ensure that patients can be treated in the best possible surroundings. This contract saw Aspex supply 147 doorsets with ironmongery, and the new SUREclose and Movastop Safehinge. The NHS […] 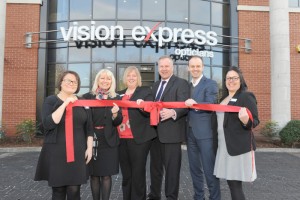 An Express Delivery for Vision Express 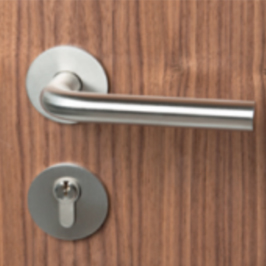 Integra Select is the latest, high quality door furniture collection developed by Aspex, and is manufactured from Grade 316 stainless steel, and hand finished to the highest standard. The Integra Select lever handles are available in a wide range of designs such as the safety, straight, and mitred handles, as well as new contemporary designs […] 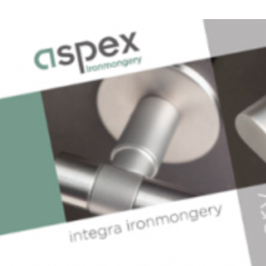 The new Aspex Integra Ironmongery brochure is here and it is bigger and better than ever. The 68 page brochure features an extensive range of ironmongery products, including the all-new Integra Select door furniture. Aspex’s range of architectural ironmongery includes: – Door furniture – Hinges – Locks […] 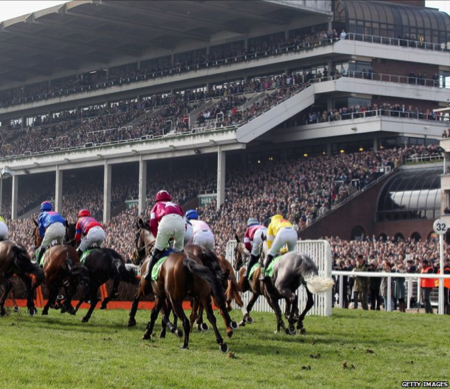 Aspex is First Over the Line at Cheltenham

Aspex won the race to secure the contract for the new grandstand at Cheltenham Racecourse. A project worth over £45 million to Kier contractors, Aspex is working closely with the project team and the architects to provide scheduling services and the supply of Satin Stainless Steel Ironmongery, Dorma Door Closers, and new six-pin patent protected […] 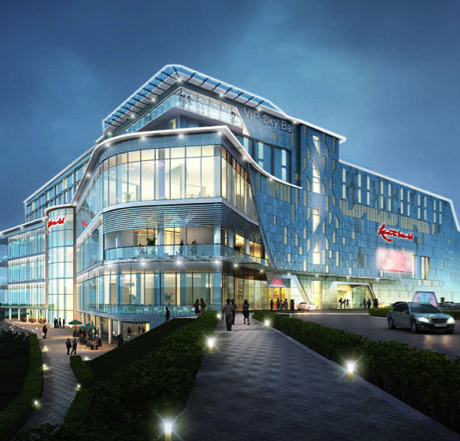 Galliford opt for the Safe Bet with Aspex

Aspex has hit the jackpot, winning one its largest ever orders from Galliford Try for the supply of doorsets and ironmongery for the all new Resorts World complex, which is under construction in Birmingham after success for the resorts in numerous countries around the world. This contract will see Aspex supply approximately 1,200 door sets, ironmongery, and […] 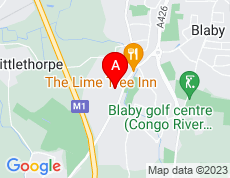